Consulting in California: Understanding AB 5, and Keeping Your Independence

IEEE-CNSV has organized this event to help educate independent consultants about the impact of AB 5, the new California law which takes effect on Jan. 1, 2020. The intent of the new law was to codify the California Supreme Court’s Dynamex decision, which aimed to prevent companies from classifying employees as contractors to avoid paying benefits. Members of the “gig economy,” such as drivers for Uber and Lyft, were also supposed to benefit from the law.

However, AB 5 impacts most Californians who work as consultants or independent contractors, including those in the IT fields. If certain conditions are not met, this new law could make it very difficult for many to continue working as independent consultants in California.  The heart of AB 5 creates a three-part criteria for determining if someone is an independent contractor. Further, AB 5 provides a list of 12 conditions an entity needs to meet to qualify as a “Business Service Provider” (BSP). All of this is discussed in this IEEE-USA story, and the author of this story (IEEE-USA’s Russ Harrison) will be part of this event’s panel of speakers. One of the panelists is Chris A. Schaefer, JD, an attorney with over 40 years of experience in the special field of independent contractor law.

How independent consultants should best deal with AB 5 in order to continue to maintain the independence that they have enjoyed for many years will be a critical aspect of the program.  One of the conditions set forth in AB 5 is the need for consultants to advertise their services, and this is an area in which organizations such as CNSV and PATCA provide a very beneficial service by way of each member’s ability to design and maintain a webpage that describes their skillset.  This is important not only for meeting this requirement of AB 5, but also for the need of any consultant to promote his or her services to those who may engage them for consulting work.

It is important to know that IEEE membership is not required for CNSV membership.  Attendees who are not CNSV members will have an opportunity to learn about how they can join CNSV, an organization with over 200 consultant members. 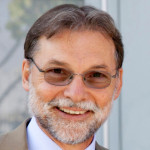 About the speaker, Brian A. Berg of Berg Software Design

Brian Berg has been an independent consultant for over 30 years, with specialties in data storage and particularly flash memory. He has worked extensively with intellectual property and patents in his work including as an expert witness, and has been a speaker, session chair and conference chair at over 80 industry events during his career. Brian was Chair of CNSV in 2006-07, and he has been a CNSV Board member since that time with his duties including organizing most of the CNSV monthly events since 2006. He has been a CNSV member for 21 years, a PATCA member for 39 years, and is an IEEE Senior Member. He will moderate the discussion during this meeting. 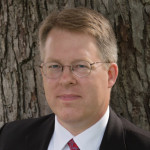 About the speaker, Russell T. Harrison of IEEE-USA


Russell T. Harrison has over 25 years of experience working on behalf of professional societies, companies and trade associations in Washington, DC. He is currently Director of Government Relations for the IEEE-USA, the American component of the world’s largest technical professional society. Over his 17-year career with IEEE-USA, Russ has represented IEEE members on dozens of policy issues including autonomous vehicles, AI, federal research funding, employment law, export control, and immigration. In addition to directly engaging with policy makers, Russ strives to build bridges between engineers and politicians. He has spoken at over 260 local, national and international events about public policy and the need for regular citizens to interact with their elected leaders more frequently. He has worked actively on issues related to AB 5, and also wrote an IEEE-USA story that details some very important issues related to AB 5. 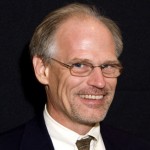 About the speaker, Tom Coughlin of Coughlin Associates, Inc.


Tom Coughlin is President of IEEE-USA, an At-Large Director of CNSV, and an IEEE Fellow. He wrote letters to the governor and many state legislators about the defects in the original bill before it was passed, and he also reached out to and encouraged the California-based IEEE-USA consultant networks to reach out as well. His efforts appear to have effected some important changes in the final version of AB 5. Tom is a storage analyst and consultant with over 35 years of experience in the data storage industry. His company Coughlin Associates provides market and technology analysis, including a newsletter and reports on several digital storage technologies and applications. 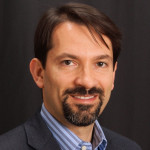 About the speaker, Giacomo Vacca of Kinetic River Corp.


Giacomo Vacca, PhD, is an award-winning physicist, entrepreneur and inventor who has developed and launched hematology analyzers and flow cytometers, and is the recipient of 47 issued patents (with 18 more pending). He is Senior Member of both SPIE and the Optical Society. Giacomo is the founder of Kinetic River, a product development biophotonics company focused on flow cytometry, and is co-founder of BeamWise, a company making software for optical system design automation. He also provides expert witness and other technical consulting services, and is a CNSV member. Giacomo will talk about the steps he took to set up Kinetic River as an S-Corp.: choosing the name, doing a name search and registering with Secretary of State, performing a domain name search and registering the domain, and how he went about specifically establishing the consulting arm of his company. 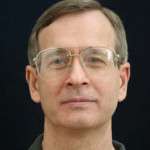 About the speaker, Walt Maclay of Voler Systems


Walt Maclay is President and founder of Voler Systems, a contracting firm specializing in advanced sensors, wireless communications, and low power design for wearables and other applications. He was President of the Professional and Technical Consultants Association (PATCA) from 2008-10.  Walt is an IEEE Senior Life Member and a long-time IEEE-CNSV member. He has been an instructor at Foothill College in the Product Realization Certificate Program, teaching new product introduction skills. Based on his discussions with an attorney, Walt will talk about how AB 5 will affect Voler Systems’ hiring of consultants. 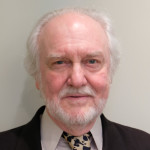