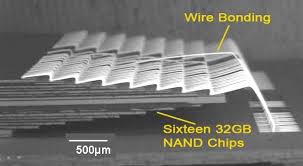 Note the new location for this event!  Pre-register here.  Note the small charge for food and drink.

This event will be a discussion of how the floating gate created the non-volatile memory (NVM) industry, which evolved from the EPROM to the EEPROM and to Flash EEPROM. Flash Memory’s simplified EEPROM architecture improved data density dramatically, creating an industry that has grown to over $35 billion in annual sales. Attendees will learn some interesting inside stories about NVM when Brian Berg leads a discussion with three important people in the history of NVM: Eli Harari, Stefan Lai and Jeff Katz.

This discussion will be a unique gathering of engineers who played pivotal roles in the evolution of NVM, a technology that is a key enabler of mobile computing for a majority of the world’s population. The event is co-sponsored by the IEEE Silicon Valley Technical History Committee.

A video of this event, broken into easy-to-understand segments, is available here.

About the speaker,  Eli Harari

Dr. Eli Harari invented the industry’s first practical floating gate EEPROM in 1976 while working at Hughes Microelectronics. In 1978 he published research work on the physics of conduction and trapping in highly stressed ultrathin films of SiO2 under Fowler-Nordheim write/erase tunneling that became the foundational physics for today’s NAND Flash. This 1976-78 work was recognized with an IEEE Milestone in Electrical Engineering and Computing for the Floating Gate EEPROM. Eli also worked at Intel, and founded SunDisk (later renamed SanDisk) in 1988, where he served as CEO and Chairman. He invented MLC (Multi-Level Cell) Flash, and co-invented System-Flash.

Eli holds approximately 150 issued patents, and has authored numerous technical publications. He received the 2004 Ernst and Young Entrepreneur of the Year Lifetime Award, the 2006 IEEE Reynold B. Johnson Data Storage Device Technology Award, the 2008 GSA (Global Semiconductor Alliance) Dr. Morris Chang Exemplary Leadership Award, and the 2009 IEEE Robert N. Noyce Medal for Exceptional Contributions to the Microelectronics Industry. He was inducted into the Consumer Electronics Hall of Fame in 2011, and is a member of the National Academy of Engineering. He received the National Medal of Technology and Innovation from President Obama in 2014 for “invention and commercialization of Flash storage technology to enable ubiquitous data in consumer electronics, mobile computing, and enterprise storage.“ 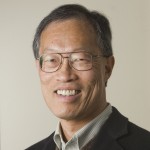 About the speaker, Stefan Lai

Stefan was recognized as an IEEE Fellow in 1998 for “distinguished research on the properties of silicon MOS interfaces and development of Flash EPROM Memory,” and was awarded the 2008 IEEE Andrew S. Grove Award for his contributions to the development and advancement of flash memory technology that has spurred the success and popularity of several consumer electronics devices including the USB flash drive. After retiring from Intel, Stefan was VP, Business Development at Ovonyx Inc. He is currently CTO at ANPAC Semiconductor, Ltd. (an analog startup in Hong Kong), an expert witness in IP cases, and an active angel investor.

About the speaker, Jeff Katz


Jeff Katz has participated in most phases of the computer industry, designing mainframes for Univac in Minnesota in the 1960s and minicomputers and peripheral controllers for Systems Engineering Labs in the 1970s. He served in various microprocessor, microcontroller, ASIC and memory Marketing and Operational roles at both Intel and Atmel. He retired as Chief Marketing Officer at Atmel in 2005, were he had overseen product definition and market development for a broad range of non-volatile memories (including EPROM, EEPROM and Flash) as well as several families of Flash-based microcontrollers.

Jeff has been instrumental in starting and operating the Computer History Museum’s Semiconductor Special Interest Group, which collects artifacts and Oral Histories of seminal chip products. In this role he has captured the human and technical stories of virtually every key NVM technology developer, from the original Floating Gate concept through the first instances of each memory type that uses it: Charles Sie, Simon Sze, Dov Frohman-Bentchkowski, Eli Harari, George Perlegos, Fujio Masuoka, and Stefan Lai (with Niles Kynett, Bruce McCormick and Richard Pashley).

About the speaker, Brian A. Berg of Berg Software Design


Brian A. Berg has been an independent computer consultant for over 30 years, with a specialty in data storage (including flash memory, and magnetic and optical storage) and storage interfaces (including USB, SATA and Fibre Channel).  He is very active in IEEE, including as a present and past officer in the Consultants’ Network of Silicon Valley, the Silicon Valley Technical History Committee and the Women in Engineering Affinity Group. He is past Chair, Vice-Chair and Secretary of the Santa Clara Valley Section, and is the Region 6 IEEE Milestone Coordinator.  He received the 2012 IEEE Region 6 Outstanding Leadership and Professional Service Award, and was Champion for the IEEE Milestone for the Floating Gate EEPROM.

Brian has been a speaker, session chair, conference chair and Conference Advisory Board member of over 80 conferences and industry events.  He is currently active with six conferences, including being Technical Chair of Flash Memory Summit.  Brian has also been a Technical Expert Witness for IP matters including flash memory.