The Cloud Native approach is able to run scalable applications in environments such as public, private, and hybrid clouds.

In a 2011 Wall Street Journal article, Netscape co-founder Marc Andreessen famously wrote that “software is eating the world” – meaning that software is playing a key role as the world goes online. The software running the Cloud is a huge and fast-growing portion of the Internet which is revolutionizing the online presence of most industries.

Every major software vendor has already moved to a cloud-based Software as a Service (SaaS) delivery model, but the majority of world’s software running the Internet still uses a legacy design. Attempting to “forklift” legacy applications into the Cloud is not cost-effective, and rarely creates a robust platform.

Instead, the Cloud Native approach is able to run scalable applications in environments such as public, private, and hybrid clouds. In this talk, Ron Herardian will discuss the advantages of Cloud Native applications versus legacy software approaches, what is driving this disruptive change in the software industry, and what the future holds for software development. 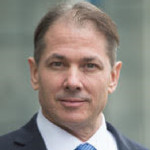 Ron Herardian is Co-Founder and CEO of Basil Security, Inc.  He has a 20-year track record of success in enterprise software as a founder, investor, board member and adviser, as well as serving in multiple engineering, consulting and CxO roles.  Security responsibilities have included DevOps and Information Security (InfoSec), including SOC 2 (a security auditing procedure) and GDPR (the EU’s General Data Protection Regulation) compliance.

Ron has worked for IBM Lotus, Cisco and Oracle, and is a Stanford Univ. alumnus, an IEEE member, an IEEE-CNSV member, and a Senior ACM Member. He is a regular speaker at conferences and events, has co-authored two books, and has written many whitepapers and articles.