The Ultimate Optimization Problem: How to Best Use Every Square Meter of the Earth’s Surface 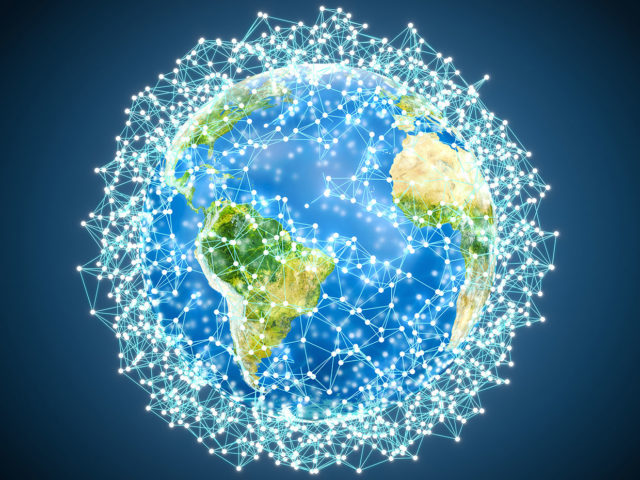 Lucas Joppa thinks big. Even while gazing down into his cup of tea in his modest office on Microsoft’s campus in Redmond, Washington, he seems to see the entire planet bobbing in there like a spherical tea bag.

As Microsoft’s first chief environmental officer, Joppa came up with the company’s AI for Earth program, a five-year effort that’s spending US $50 million on AI-powered solutions to global environmental challenges.

The program is not just about specific deliverables, though. It’s also about mindset, Joppa told IEEE Spectrum in an interview in July. “It’s a plea for people to think about the Earth in the same way they think about the technologies they’re developing,” he says. “You start with an objective. So what’s our objective function for Earth?” (In computer science, an objective function describes the parameter or parameters you are trying to maximize or minimize for optimal results.)

AI for Earth launched in December 2017, and Joppa’s team has since given grants to more than 400 organizations around the world. In addition to receiving funding, some grantees get help from Microsoft’s data scientists and access to the company’s computing resources.

In a wide-ranging interview about the program, Joppa described his vision of the “ultimate optimization problem”—figuring out which parts of the planet should be used for farming, cities, wilderness reserves, energy production, and so on.

Every square meter of land and water on Earth has an infinite number of possible utility functions. It’s the job of Homo sapiens to describe our overall objective for the Earth. Then it’s the job of computers to produce optimization results that are aligned with the human-defined objective.

Such questions are increasingly urgent, as climate change has already begun reshaping our planet and our societies. Global sea and air surface temperatures have already risen by an average of 1 degree Celsius above preindustrial levels, according to the Intergovernmental Panel on Climate Change.

Today, people all around the world participated in a “climate strike,” with young people leading the charge and demanding a global transition to renewable energy. On Monday, world leaders will gather in New York for the United Nations Climate Action Summit, where they’re expected to present plans to limit warming to 1.5 degrees Celsius.

Joppa says such summit discussions should aim for a truly holistic solution.

We talk about how to solve climate change. There’s a higher-order question for society: What climate do we want? What output from nature do we want and desire? If we could agree on those things, we could put systems in place for optimizing our environment accordingly. Instead we have this scattered approach, where we try for local optimization. But the sum of local optimizations is never a global optimization.

There’s increasing interest in using artificial intelligence to tackle global environmental problems. New sensing technologies enable scientists to collect unprecedented amounts of data about the planet and its denizens, and AI tools are becoming vital for interpreting all that data.

The 2018 report “Harnessing AI for the Earth,” produced by the World Economic Forum and the consulting company PwC, discusses ways that AI can be used to address six of the world’s most pressing environmental challenges (climate change, biodiversity, and healthy oceans, water security, clean air, and disaster resilience).

Many of the proposed applications involve better monitoring of human and natural systems, as well as modeling applications that would enable better predictions and more efficient use of natural resources.

Joppa says that AI for Earth is taking a two-pronged approach, funding efforts to collect and interpret vast amounts of data alongside efforts that use that data to help humans make better decisions. And that’s where the global optimization engine would really come in handy.

For any location on earth, you should be able to go and ask: What’s there, how much is there, and how is it changing? And more importantly: What should be there?

On land, the data is really only interesting for the first few hundred feet. Whereas in the ocean, the depth dimension is really important.

We need a planet with sensors, with roving agents, with remote sensing. Otherwise our decisions aren’t going to be any good.

AI for Earth isn’t going to create such an online portal within five years, Joppa stresses. But he hopes the projects that he’s funding will contribute to making such a portal possible—eventually.

We’re asking ourselves: What are the fundamental missing layers in the tech stack that would allow people to build a global optimization engine? Some of them are clear, some are still opaque to me.

By the end of five years, I’d like to have identified these missing layers, and have at least one example of each of the components.

Some of the projects that AI for Earth has funded seem to fit that desire. Examples include SilviaTerra, which used satellite imagery and AI to create a map of the 92 billion trees in forested areas across the United States. There’s also OceanMind, a non-profit that detects illegal fishing and helps marine authorities enforce compliance. Platforms like Wildbook and iNaturalist enable citizen scientists to upload pictures of animals and plants, aiding conservation efforts and research on biodiversity. And FarmBeats aims to enable data-driven agriculture with low-cost sensors, drones, and cloud services.

It’s not impossible to imagine putting such services together into an optimization engine that knows everything about the land, the water, and the creatures who live on planet Earth. Then we’ll just have to tell that engine what we want to do about it.

Editor’s note: This story is published in cooperation with more than 250 media organizations and independent journalists that have focused their coverage on climate change ahead of the UN Climate Action Summit. IEEE Spectrum’s participation in the Covering Climate Now partnership builds on our past reporting about this global issue.