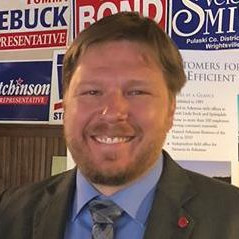 A. Matt Francis (IEEE Senior Member) has a wide variety of experience spanning technology, startups, commercialization and leadership. He received the B.S.E.E. in May 2003, the B.S. degree in physics in December 2004, the M.S.E.E. in May 2007, and the Ph.D. degree in electrical engineering in May 2009, all from the University of Arkansas, Fayetteville, AR, USA.

Matt has served as President and CEO of Ozark Integrated Circuits, Inc. (Fayetteville, AR, USA) since its founding in 2011.  At Ozark IC, Dr. Francis leads high-temperature integrated circuits and packaging design, modeling, simulation and assembly, including silicon carbide and advanced ceramics.  In addition to his technical expertise in compact modeling and CAD for temperature and radiation,  he is well versed in migrating technology from idea to commercial application, having secured and led projects with the US Air Force, NASA, NSF, Department of Energy and private-sector customers.  Ozark IC’s product applications range from turbine engine controls to downhole energy exploration, and space-borne applications.  Additionally, Matt has also been an ISS payload specialist for Ozark IC’s UV sensors since their installation in orbit in 2019.