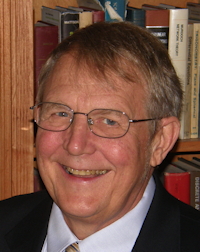 Dr. Nagel has worked in the integrated circuit industry for more than 35 years. While earning his BS, MS, and Ph.D. degrees at the University of California-Berkeley, he developed the SPICE (Simulation Program with Integrated Circuit Emphasis) circuit simulation program. SPICE launched a cottage industry of circuit simulation tools that have been used throughout the world since the early 1970s, and its huge impact led to Larry being elected as an IEEE Fellow in 2005 “for contributions to the field of integrated circuit simulation.” SPICE was recognized with an IEEE Milestone in 2011, and Larry participated in its Computer History Museum dedication.

After receipt of his doctorate, Nagel began a 20 year career at Bell Laboratories which included:

Nagel joined Anadigics, Inc. in 1995, where he worked on:

In New Jersey, he was a member of the CNNNJ (Consultants’ Network of Northern New Jersey) from 1999 until 2008, including three years as secretary.

Larry joined CNSV in 2009 when he moved back to his home state of California after having lived in New Jersey for over 30 years.  He served as a CNSV officer for over 10 years: as Chair in 2010-2011, a Director in 2012-2015, Secretary in 2016-17, and an At-Large Director from 2018 until early 2020. He remains active in other aspects of IEEE, including serving on the technical program committee for the Custom Integrated Circuits Conference (CICC).