Nanosatellites and the Software-Defined Radio Revolution 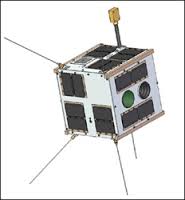 This revolution in the spacecraft industry is driven by Software-Defined Radio (SDR). Although software definition enables low cost communications for the wide variety of smallsat missions, pure SDR suffers from performance deficits and poor out-of-band rejection.

This talk will describe the nanosat, smallsat and SDR landscape, including a solution to this problem called Modular SDR: a motherboard and tuned RF daughter-cards that together are able to achieve the best possible compromise between flexibility, cost and performance. For example, Modular SDR allows a radio platform that a company uses for its Earth Observation satellite to be integrated into a new Automatic Identification System (AIS) ship monitoring satellite with the simplicity of a daughter-card swap and a software reconfiguration. The resultant reductions in cost and integration time are dramatically changing the landscape of the spacecraft industry. 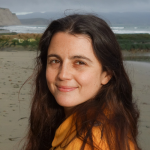 About the speaker,  Helen Lurie of BitBeam, Inc.

Helen Lurie, of BitBeam, Inc., has designed communications systems in the traditional aerospace industry, as well as in the growing world of smallsat startups. She architected the radio systems for Planet Labs, a company that builds and operates a network of satellites called “Doves.”

Helen is currently at BitBeam, Inc., a company she founded that is building low-cost nanosat SDR-based radios by combining the best of old aerospace with new aerospace and commercial design, and using the skills of alumni of SpaceX, Space Systems Loral, Stanford, Planet Labs and Rocketdyne.

Helen once spent an afternoon balanced on a barge in the Pacific Ocean, with an antenna in her hands, trying to catch a falling rocket.