In the twenty-first century, AI techniques have experienced a resurgence following concurrent advances in computer power, large amounts of data, and theoretical understanding; and AI techniques have become an essential part of the technology industry, helping to solve many challenging problems in computer science, software engineering and operations research.

The field was founded on the claim that human intelligence “can be so precisely described that a machine can be made to simulate it”. This raises philosophical arguments about the nature of the mind and the ethics of creating artificial beings endowed with human-like intelligence which are issues that have been explored by myth, fiction and philosophy since antiquity. Some people also consider AI to be a danger to humanity if it progresses unabated. Others believe that AI, unlike previous technological revolutions, will create a risk of mass unemployment.

In this symposium, leading AI industry participants will speak on these and other topics regarding this revolutionary technology affecting science, business and society for today, tomorrow and beyond.

Two keynotes will be given by C.J. Desai (ServiceNow) and John Markoff (Stanford). There will be a total of eight presentations, plus a discussion panel hosted by Cisco. 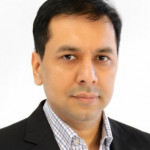 About the speaker, C.J. Desai

From 2013 to 2016, Mr. Desai served as President of the Emerging Technologies Division at EMC. In this role, Mr. Desai oversaw product strategy and engineering for a portfolio of emerging businesses all with a focus on launching and growing new businesses.

Prior to at EMC, Mr. Desai was Executive Vice President at Symantec, where he led the firm’s Information Management Group and prior to this role, Mr. Desai was responsible for the Endpoint Security and Mobility group.

Prior to Symantec, Mr. Desai built and ran offshore businesses in Bangalore, India for Oracle and for Pivotal. Mr. Desai began his career with Oracle and was a key member of the team that launched Oracle’s first cloud services.

Mr. Desai has a master’s degree in Computer Science and an MBA from the University of Illinois at Urbana-Champaign and Mr. Desai is on the Board of Directors at Zebra Technologies. 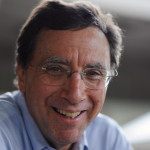 
John Markoff is a fellow at the Stanford Human Centered Artificial Institute. He is also a research affiliate at the Center for Advance Study in the Behavioral Sciences participating in projects focusing on the future of work and artificial intelligence. He is currently researching a biography of Stewart Brand, the creator of the Whole Earth Catalog.

In 2017-18 he was a Berggruen Fellow at CASBS. In 2017 he joined the Computer History Museum in Mountain View, Calif., as a staff historian. Previously he was a reporter at the The New York Times, beginning in March 1988 as the paper’s national computer writer. He moved to Silicon Valley to write about technology in 1992. Prior to joining the Times, he worked for The San Francisco Examiner from 1985 to 1988. He reported for the New York Times Science Section from 2010 through 2015. He returned to the Business Section to cover Silicon Valley in 2016 and retired from the paper in December of 2016.

Markoff has written about technology and science since 1977. He reported on technology and the defense industry for The Pacific News Service in San Francisco from 1977 to 1981; he was a reporter at Infoworld from 1981 to 1983; he was the West Coast editor for Byte Magazine from 1984 to 1985 and wrote a column on personal computers for The San Jose Mercury from 1983 to 1985.

He has also been a lecturer at the University of California at Berkeley School of Journalism and an adjunct faculty member of the Stanford Graduate Program on Journalism. 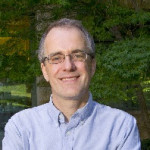 He also focuses on computational linguistic approaches to parsing, robust textual inference and multilingual language processing, including being a principal developer of Stanford Dependencies and Universal Dependencies. Manning has coauthored leading textbooks on statistical approaches to Natural Language Processing (NLP) (Manning and Schütze 1999) and information retrieval (Manning, Raghavan, and Schütze, 2008), as well as linguistic monographs on ergativity and complex predicates.

Christopher is an ACM Fellow, a AAAI Fellow, and an ACL Fellow, and a Past President of the ACL (2015). His research has won ACL, Coling, EMNLP, and CHI Best Paper Awards. 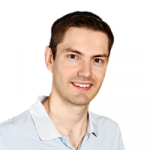 About the speaker, Alexander Schwing of University of Illinois at Urbana-Champaign


Alexander Schwing is an Assistant Professor at the University of Illinois at Urbana-Champaign working with talented students on computer vision and machine learning topics.

He received his B.S. and diploma in Electrical Engineering and Information Technology from Technical University of Munich in 2006 and 2008 respectively, and obtained a PhD in Computer Science from ETH Zurich in 2014. Afterwards he joined University of Toronto as a postdoctoral fellow until 2016.

His research interests are in the area of computer vision and machine learning, where he has co-authored numerous papers on topics in scene understanding, inference and learning algorithms, deep learning, image and language processing and generative modeling. His PhD thesis was awarded an ETH medal. 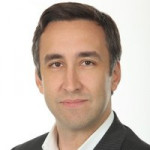 About the speaker, Erik Melander of Astellant


Erik Melander is co-founder and CEO of Astellent, a consulting company that improves how software is designed, developed, and delivered to help organizations achieve more. Astellent collaborates with ambitious people who use cloud services and machine intelligence to make things that matter. Previously, Erik has held a wide range of leadership positions across a broad array of computer technology disciplines, including systems architecture, data science, and software development. 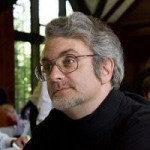 About the speaker, Landon Noll of Cisco


Landon Curt Noll has over 45 years of Internet, Unix, and System security experience.

By day his Cisco responsibilities encompass Balanced Technical Computing on UCS, security analysis, and cryptography. By night he serves as an Astronomer focusing on our inner solar system, as well as the origins of solar systems throughout our Universe.

Landon Curt Noll is the ‘N’ in the widely used FNV hash. He is also the founder of the International Obfuscated C Code Contest. He was a member of the working group that developed the IEEE POSIX standard. He participated in the IEEE 1619 development of XTS and co-authored the XTS- AES Cryptologica paper on the security of Ciphertext Stealing. He serves as the Chair of the Co-operative Computing Award advisory panel to the Electronic Frontier Foundation, advising them on awards for the discovery of astronomically large prime numbers.

As a mathematician, he developed or co-developed several high-speed computational methods and as held or co-held eight world records related to the discovery of large prime numbers. He is credited in Wikipedia as the co-inventor (with John Horton Conway) of a system for naming numbers of any size.

Landon has made astronomical observations during total solar eclipses from every continent and from every ocean on Earth. He serves as the expedition scientist for a team that searches for meteorites in the Antarctic ice in extreme environments such as near the South Pole. 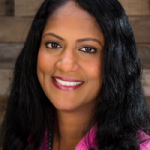 About the speaker, Meena Arunachalam of Intel


Meena Arunachalam is a Principal Engineer and works as End-to-End AI SW Architect in the Intel Architecture and Graphics Software Group at Intel Corp to create one AI & Analytics optimized stack for CPUS and accelerators running data center workloads. She has authored more than 20 peer-reviewed publications in IEEE and ACM conferences and journals including two book chapters in the High Performance Computing Pearls – Vol II and has four patents. She is active in WIN (Women in Intel) Technical Leadership and is the Mentorship Committee Chair of the Women in Big Data (WiBD) West Coast Region and the Director of the WiBD Pacific Northwest Chapter. 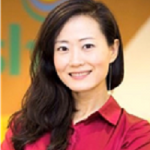 About the speaker, Wenting Sun of Ericsson


Wenting is the principal data scientist in Ericsson. She leads a team to develop cutting edge AI/ML applications in telecommunication domain. She also drives the activities of Ericsson’s active contribution in AI/ML open source platform Acumos (under Linux Foundation).

Presentation slides will not be available for this event.