GM vs. Ford on electrified AVs

General Motors is laying down huge, simultaneous bets on electric cars and self-driving technology, a strategic gamble based on its belief that future automated vehicles will run only on electricity 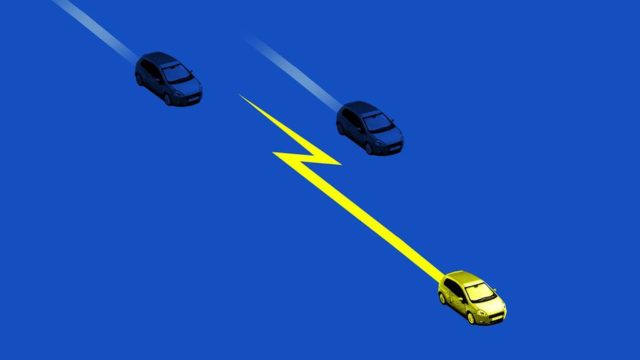 Why it matters: It's a risky bet that few can stomach, especially if EVs and AVs are slow to be accepted by consumers. Other carmakers, like Ford, see near-term limitations to battery-electric AVs and favor a more measured approach.

Between the lines: GM believes both technologies are approaching a tipping point and hopes they will propel it to the forefront of a massive industry shift toward shared, self-driving electric cars.

"The only way to lead in either one is to go heavy and hard in both of them," said Doug Parks, GM VP for autonomous and electric vehicle programs.

The big picture: Automakers are split on the path to electrification, the Wall Street Journal reports.

Toyota and Ford are rolling out more hybrid gas-electric models as part of a gradual shift toward fully electric cars. They are both heavily invested in hybrid tech.

GM and Volkswagen see no need for hybrids as a technology bridge and are concentrating instead on all-electric models. They also need to defend their strong positions in China, where they face government mandates to sell more zero-emissions vehicles.

What they're saying: The companies' views on self-driving technology are also influencing their strategies toward electrification.

GM says all-electric autonomous cars have an advantage over hybrid- and gasoline-powered ones.

Ford sees practical issues that favor hybrid powertrains for AVs for the time being.