What does the Sprint and T-Mobile merger mean for 5G?

Is 5G a reason to merge, or just an excuse to get regulators to allow it?

After years of back and forth, Sprint and T-Mobile have finally announced plans to merge. And while there’s plenty of steps that the two companies will have to go through to convince regulators they should be allowed to merge, if you ask T-Mobile and Sprint, the main reason is that the two companies together will be better equipped to roll a next-generation 5G network.

It’s such an important part of the rhetoric behind the merger, in fact, that T-Mobile and Sprint have made an entire website arguing that point, under the branding of “5G for All” (complete with a social media hashtag campaign). 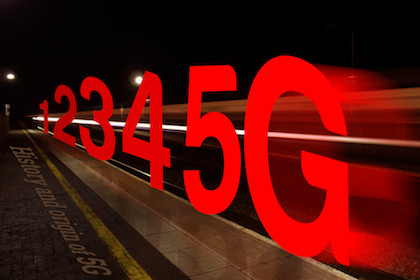 “The highest capacity mobile network in US history.”

According to the two companies’ big announcement video, the combined “New T-Mobile” and its 5G network will leverage both T-Mobile’s 5G plans to use the 600MHz band of spectrum and Sprint’s plans for the 2.5GHz band to build out a nationwide network that will be “the highest capacity mobile network in US history.” The two companies also mention using a mix of “lowband, midband and high band” spectrum, which has been T-Mobile’s party line for a while now, but not much beyond that.

So far, there isn’t any new information as to how the merger could affect timing for rolling out the new 5G network. Currently, Sprint has promised a 5G rollout by the end of 2019, with the company already starting to lay the groundwork in several cities with new Massive MIMO antenna arrays earlier this year. Meanwhile, T-Mobile has promised nationwide 5G by the end of 2020 in some form, with a full rollout by 2020; it, too, has started building out 5G in multiple cities, although the company isn’t expecting anything to be ready for actual consumer use before next year. It’s important to note that this is all likely referring to the non-standalone version of 5G — that is to say, 5G networking built on top of existing LTE networks, and not the truly standalone 5G networks that will come later on. (The 3GPP has only ratified the non-standalone standard, with standalone 5G not expected to have an agreed upon standard until later this year at the earliest.)

On paper, combining spectrum from T-Mobile and Sprint seems like a good start

Now, on paper at least, combining the available spectrum from T-Mobile’s low-band 600MHz swath and Sprint’s mid-band 2.5GHz seems like a good start, one that will make rolling out a larger 5G network easier for the two companies with the most consistent and reliable speeds across the board. But early tests from Qualcomm have shown that while using 5G technologies (which include better carrier aggregation and Massive MIMO antenna arrays) on mid-band antenna ranges offers impressive speed boosts, mmWave coverage is where the more dramatic gains will be found — and that’s something that T-Mobile and Sprint have remained remarkably quiet about.

But the big question — and one that Sprint and T-Mobile will have to answer to regulators — remains: why should the two companies be allowed to pursue this kind of network together, instead of driving competition in the US cellular industry as separate companies?

Why should the two companies be allowed to pursue this kind of network together, instead of competing?

Unfortunately, so far Sprint and T-Mobile are focusing less on what their combinations of 5G technologies can bring to the table from an innovation perspective, and more on the implied doom that could befall the greatness of American innovation if they aren’t allowed to merge.

Taking a look at T-Mobile and Sprint’s 5G site, you’ll find barely any mentions of what the combined 5G network will look like. Instead, there are pages about how the “U.S. MUST Repeat its Leadership of 4G” and how “Economic Leadership is on the Line!”, and an implication that the US adopting 4G early is the reason that companies like Lyft, Uber, Snapchat, Tinder, Venmo, Square, and Instagram exist. The two also push the idea that if Sprint and T-Mobile aren’t allowed to join together, the US might miss the next round of economic innovation to places like China or South Korea.

They’re pandering to a very specific mindset, one that believes that China, Japan, and other nations are out to defeat the US when it comes to 5G networking, harkening back to the Trump administration’s completely nonsensical proposal for a nationwide 5G network that leaked earlier this year which largely focused on a fear of China.

No amount of handwaving from John Legere and Marcelo Claure can change the fact that 5G standardization is a process that involves international agreements as to what the standard will look like from groups like the 3GPP and the International Telecommunication Union, or that there aren’t any US companies making cellular base stations for these networks to run on.

John Legere has said that “Only T-Mobile and Sprint can do this together. We can’t do this separately.” (A curious statement, given that both companies had separately announced plans to launch nationwide 5G networks by next year prior to this announcement.) But Sprint and T-Mobile need to start proving that with details and data, not more jingoistic pride.