The Amazon of transportation

Amazon is emerging as a transportation juggernaut that could threaten carmakers, package delivery firms and even ride-hailing companies. 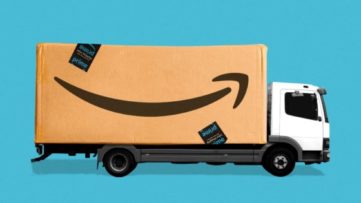 Why it matters: By building its own logistics ecosystem and investing in promising electric and autonomous vehicle startups, Amazon could lower its shipping costs to the point that partners like UPS become competitors instead.

A deal, if it happens, would follow big investments in another automated driving startup, Aurora Innovation, and Rivian, a maker of electric trucks.

The news set off a wave of speculation among investors and AV experts.

Self-driving technology is “a natural extension” of Amazon’s efforts to build its own logistics network, and could save the behemoth more than $20 billion a year on shipping costs, Morgan Stanley analysts wrote on May 27.

Amazon is becoming a “clear competitor” to companies like Tesla and GM, they said, while UPS and FedEx “will need to respond to keep up.”

The intrigue: Buying Zoox could potentially even open the door for Amazon to compete in the ride-sharing and food delivery industries.

Amazon has more than 210 transportation-related patents on everything from drones to automated ground vehicles, according to a Reuters analysis.

Among them is a 2017 patent to provide an on-demand transportation service through a network of self-driving vehicles, Reuters reported.