This Seemingly Normal Lightning Cable Will Leak Everything You Type 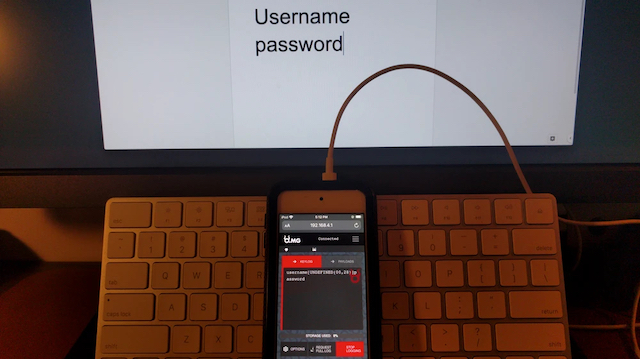 This is the new version of a series of penetration testing tools made by the security researcher known as MG. MG previously demoed an earlier version of the cables for Motherboard at the DEF CON hacking conference in 2019. Shortly after that, MG said he had successfully moved the cables into mass production, and cybersecurity vendor Hak5 started selling the cables.

But the more recent cables come in new physical variations, including Lightning to USB-C, and include more capabilities for hackers to play with.

“There were people who said that Type C cables were safe from this type of implant because there isn’t enough space. So, clearly, I had to prove that wrong. :),” MG told Motherboard in an online chat.

The OMG Cables, as they’re called, work by creating a Wi-Fi hotspot itself that a hacker can connect to from their own device. From here, an interface in an ordinary web browser lets the hacker start recording keystrokes. The malicious implant itself takes up around half the length of the plastic shell, MG said.

This article originally appeared at venturebeat.com on Sep 7, 2021