To make lithium-ion batteries safer, researchers have come up with a novel solution: a liquid electrolyte that becomes solid on impact. The electrolyte could keep batteries from heating up and bursting into flames when they are in a car crash or take a hard fall. And it could be cost-effectively and easily employed in today’s battery production lines, its developers say. 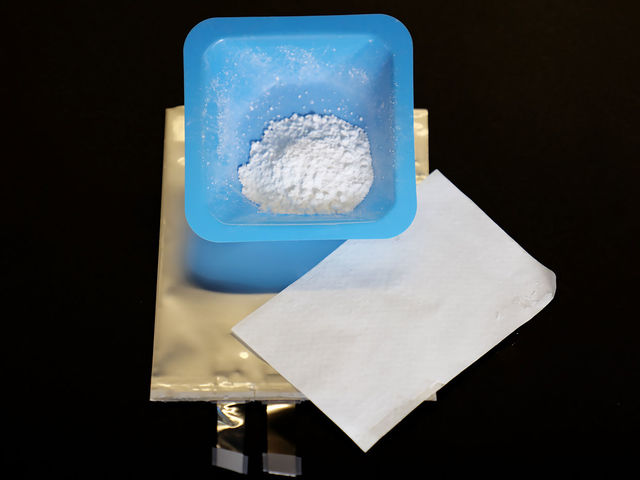 Lithium-ion battery cells contain two electrodes separated by a thin plastic sheet and submerged in a liquid electrolyte. If the plastic separator breaks, the electrodes can “touch” each other, shorting the battery and heating it up, which could cause the volatile liquid electrolyte to ignite.

For years, researchers have been trying to make batteries safer with nonflammable solid electrolytes. But these solids, typically plastics or ceramics, don’t conduct ions as well as their liquid counterparts. Some groups are also making batteries with paste-like semi-solid electrolytes and glassy electrolytes.

Gabriel Veith and his colleagues at Oak Ridge National Laboratory instead made an electrolyte that is normally a liquid but becomes solid when subjected to strain. So if a battery is crushed or penetrated, the electrolyte would harden, keeping the electrodes from coming in contact. The researchers are presenting their work at the American Chemical Society’s meeting in Boston.

The recipe for the electrolyte is straightforward. Veith was inspired by materials known as shear-thickening fluids. A simple example is a suspension of corn starch and water, known in kid circles as oobleck. When you hit oobleck with some force, it thickens and feels hard because the cornstarch particles come together.

Veith and his colleagues added 200-nanometer-wide silica particles to a conventional liquid electrolyte, which is a dilute solution of lithium salts. The silica nanoparticles come together in the new electrolyte and make it a hard solid, not just a thick liquid. The key to the behavior is controlling the size of the nanoparticles. “We find that particle sizes have to be very, very uniform,” Veith says. “We’re talking plus or minus a nanometer.” The researchers turn out nearly identical particles using a highly controlled chemical process known as the Stöber method.

The material remains solid as long as the battery is under strain, he says. And as an added bonus, silica also absorbs heat, so the electrolyte does not catch fire as easily.

In the lab, batteries tested with the new solidifying electrolyte behave roughly the same as those filled with liquid. The silica nanoparticles do reduce the electrolyte’s ability to conduct ions, which reduces the battery’s capacity and slows down charging. The capacity of a battery is measured in C rates, where 1C is the ability of a battery to charge or discharge in 1 hour, and 2C is charging in 30 minutes. “Our battery works well at rates of up to 2C, which is okay for most electronics,” Veith says.

As opposed to switching to solid electrolytes, the silica-laced electrolyte could be incorporated into current battery manufacturing processes. It would require first loading the plastic separator with silica nanoparticles and injecting the liquid electrolyte into a prepared cell. The silica would then diffuse into the electrolyte. “It’s a drop-in tech rather than revamping your production lines,” Veith says.

This article was first published in IEEE Spectrum on August 21, 2018.