Worlds Apart: The Tools for Creating a Digital Movie

The world of digital animation has changed more with the advancement of technology and tools than any other story-telling medium, and this art form is still in its infancy. As computing power and sophisticated software gets less expensive, student-created computer animated films are giving Hollywood a run for its money.

Michael Huber will show how organization, teamwork, esprit de corps, the art of story and a drive for excellence were used by a team of 20 students to create a multi-million dollar look on a limited budget. It’s a telling trend that could set the stage for animated film production from here on out.

Michael will screen the short film Worlds Apart, which has garnered 14 awards. He will also show how computer animation is a ripe area for the use of consultants.

Behind the Scenes of Worlds Apart is a short video about the team that created this film. 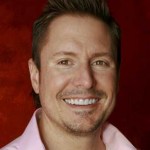 Cogswell College Assistant Professor Michael Z. Huber is a computer graphics animator and effects supervisor. He is the product of an engineer father and an artist/actress mother, which seems only fitting since his work involves the marriage of art and technology.

Michael’s interest in animation began while attending film school in San Francisco, where he studied stop motion animation, cinematography and film production. He eventually transferred to San Jose State Univ. where a new program called CADRE (Computers in Animation, Design, Research and Engineering) was one of the first places to study computer animation. He furthered his own education by investing in animation software called HASH, and continued to teach himself enough computer animation to start a freelance animation company called Gravity 3D.

Having been in the visual effects industry since 1994, Michael’s freelance projects for commercials and videos eventually led to major motion picture and video game projects. He has worked on over 15 feature length films with directors including Wolfgang Peterson, Luc Besson, Ridley Scott, Roland Emmerich, Michael Bay and Steven Spielberg.

The SEAK conference and pre-conference included 4 days of training, including a Jury Trial Skills Workshop, and Advanced Skills for Expert Witnesses. Tal will provide some highlights from this enriching experience.

CNSV member Tal Lavian is a scientist, inventor and educator in the areas of data communications, networking, telecommunications and Internet technologies. He is a prolific innovator, co-inventing over 60 patents issued and pending. He is also an active Expert Witness.