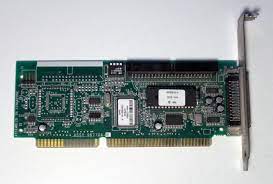 This event was organized by the IEEE Silicon Valley Technology History Committee, and is co-sponsored by the IEEE Santa Clara Valley Section’s Magnetics Society Chapter.

The Garden of Earthly Delights, Gamma Iron Oxide Valley, Silicon Valley, or whatever one calls it, the valley is where the hard disk drive industry started when IBM introduced the first magnetic disk drive for its RAMAC computer system in 1956.  The companies, products and technologies that were thereby spawned have been the subject of much historical interest.  However, the history of their attachment to computer systems is the little-explored subject of this webinar.  The focus will be primarily on disk drives and their control, but much of the history is common to other storage devices such as tape drives and flash memory-based SSDs.

Storage devices have connected to computer systems through layers with interfaces between the layers that have evolved over time, leading to smaller size, lower cost and higher performance.  The earliest “dumb” interfaces evolved in the market from the wide interfaces of dominant mainframe and minicomputer interfaces, including DEC RP0x and SMD.  The interfaces became smarter, with many evolving from parallel to serial interfaces.  Industry consortia have played an important role in ensuring that the myriad of proprietary interfaces evolved and matured into industry standards, e.g., SCSI, SATA and NVMe.  Other functionalities were implemented in various of the layers as well, including RAID and caching.  In this webinar, four industry participants will share their experiences in the evolving storage interface industry. 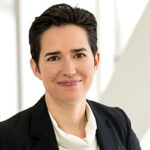 About the speaker,  Amber Huffman of Intel

Amber Huffman is a distinguished Fellow and Chief Technologist in the IP Engineering Group at Intel Corporation, and is a respected authority on storage, memory and I/O architectures.  She has devoted her career to I/O and memory interfaces since joining Intel in 1998 where her early work focused on Serial ATA (SATA) technology.  Amber defined, created and drove the NVMe storage standard, including forming and chairing the NVM Express (NVMe) Workgroup.  She continues to Chair the NVMe Workgroup Board of Directors, as well as the Open NAND Flash Interface (ONFI) Workgroup.  Huffman earned a bachelor’s degree in computer engineering from the University of Michigan and a Masters in EE from Stanford University, and is an inventor on over 20 patents in storage architecture. 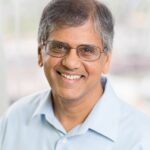 About the speaker, Jai Menon of Fungible, Inc.


Jai Menon is Chief Scientist at Fungible, a pioneer in data-centric computing.  He served as CTO for multi-billion dollar server, storage and networking system businesses at both IBM and Dell.  While at IBM, he impacted every significant IBM RAID product between 1990 & 2010, and his EVENODD co-invention was one of the industry’s earliest RAID-6 coding schemes.  Jai was also the leader of the IBM Research team that initiated and drove the creation of the industry’s first, and still the most successful, storage virtualization product.

Dr. Menon holds 53 patents, has published 82 papers, and is a contributing author to three books on database and storage systems. He is an IEEE Fellow and an IBM Master Inventor, a Distinguished Alumnus of both Indian Institute of Technology, Madras and Ohio State University, and a recipient of the IEEE Wallace McDowell Award and the IEEE Reynold B. Johnson Information Systems Award. 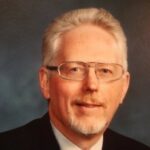 About the speaker, Grant Saviers


Grant Saviers was with Digital Equipment Corporation from 1968 to 1992.  As VP of Storage Systems and later of PC Systems and Peripherals, he grew DEC’s storage business from $3M to $4B+, and was responsible for all disk, tape, memory, subsystem, and clustering products.  DLT tape was invented at DEC, and the company at one time was the world’s largest purchaser of large disk drives.

Grant joined Adaptec as a COO/President in 1992, becoming CEO in 1995 and chairman in 1997. Subsequent to retiring from Adaptec in 1998, he was a private investor/founder in several storage startups, and served on the board of Analog Devices for 17 years.  Now retired, he earned his BS and MS degrees in engineering (computing) from Case Tech/Case Western Reserve University. 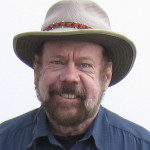 About the speaker, Tom Gardner


Tom Gardner is the moderator of this event.  He is a member of the IEEE Silicon Valley Technology History Committee, and a long time participant in Silicon Valley’s storage industries.  Tom started with the interface between Memorex disk drives and DEC Systems that became the first OEM industry standard.  He testified on interface issues for the people in the US v. IBM antitrust case.  While at Shugart, he was responsible for its SASI/SCSI product line, and was an early participant in iSCSI at Auspex.  Tom has an MS in Control Theory from Rensselaer Polytechnic Institute (RPI), an MS in Management from Stanford Graduate School of Business, and is either retired or unemployed.