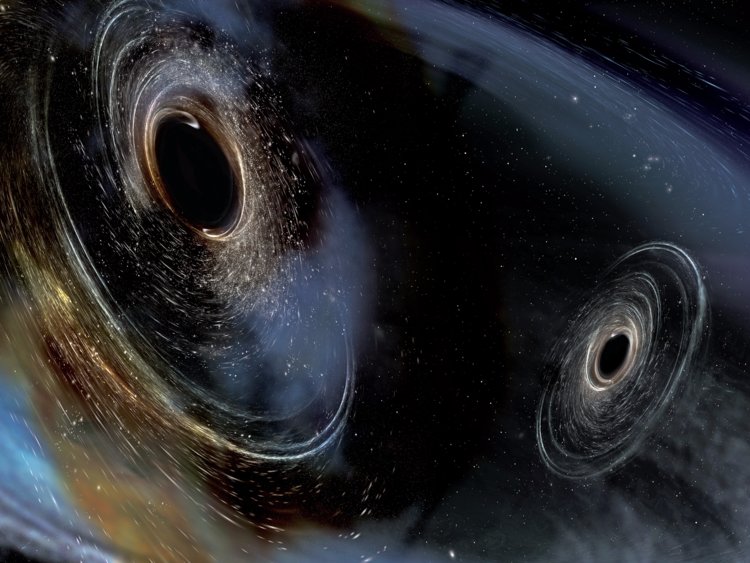 This is a 90-minute livestream event which honors the uniquely sophisticated devices that confirmed Einstein’s prediction of 104 years ago.

This informational and entertaining program is intended for a wide audience.

It will include the dedication of an IEEE Milestone in 3 locations: Hanford, Washington USA, Livingston, Louisiana USA, and Cascina (Pisa), Tuscany ITALY. These are the sites of the two LIGO (Laser Interferometer Gravitational-Wave Observatories) antennas in the US, and the Virgo antenna at EGO (European Gravitational Observatory) in Italy.

You will learn about what led to construction of these antennas, whose kilometer-scale arms can detect the tremendous gravity resultant from the merger of black holes and binary neutron stars that are up to 3 billion light-years away.

Caltech’s Rich Abbott will lead a conversation with Drs. Rainer Weiss, Kip S. Thorne and Barry C. Barish, who jointly were awarded the 2017 Nobel Prize in Physics “for decisive contributions to the LIGO detector and the observation of gravitational waves.”

The parallel development of the European Virgo antenna will be addressed by key Virgo antenna contributors Kathy Nary Man and Jean-Yves Vinet. Current Asian developments will be described by Takaaki Kajita, principal investigator of Japan’s KAGRA antenna, who shared the 2015 Nobel Prize in Physics “for the discovery of neutrino oscillations, which shows that neutrinos have mass.”

Other contributors from the US, Italy and France, along with government and agency dignitaries, round out the program, which will conclude with the unveiling of bronze IEEE Milestone plaques at each of the 3 sites.

A wealth of information is at www.GWAMilestone.com including registration information.

About the speaker,  Dr. Rainer Weiss of MIT and LSU

Dr. Rainer Weiss is a professor of physics emeritus at MIT and an adjunct professor at Louisiana State University (LSU).  In 1972 while at MIT, he proposed an instrument which pioneered the concept of lasers to detect gravitational waves using an instrument with a pair of kilometer-scale arms.  He co-founded the LIGO project, which has received major funding from the National Science Foundation (NSF) in order to construct massive observatories in Hanford, Washington and Livingston, Louisiana.  These two sites, as well as the Virgo observatory in Italy, are being recognized at this IEEE Milestone dedication event.  Along with our speakers Thorne and Barish, Weiss won the 2017 Nobel Prize in Physics “for decisive contributions to the LIGO detector and the observation of gravitational waves.”


Dr. Kip S. Thorne is a theoretical physicist known for his contributions in gravitational physics and astrophysics.  He was a longtime friend and colleague of both Stephen Hawking and Carl Sagan, and is one of the world’s leading experts on the astrophysical implications of Einstein’s General Theory of Relativity.  Thorne resigned from his Feynman Professorship at Caltech in June 2019 to pursue a career of writing and movie making, and his first film project was 2014’s Interstellar.  Along with our speakers Weiss and Barish, Thorne won the 2017 Nobel Prize in Physics.

About the speaker, Dr. Barry C. Barish of Caltech and UC Riverside


Dr. Barry C. Barish is an experimental physicist whose research experiments at Fermilab used high-energy neutrino collisions to reveal the quark substructure of the nucleon.  In 1994, he both led the successful effort for approval of LIGO funding by the NSF’s National Science Board, and became LIGO’s Principal Investigator.  In 1997, Barish led the construction and commissioning of the two LIGO interferometers, and became LIGO’s Director.  He went on to create the LIGO Scientific Collaboration, which now numbers more than 1000 collaborators worldwide to carry out the science.  Along with our speakers Weiss and Thorne, Barish won the 2017 Nobel Prize in Physics.