The USPTO and Silicon Valley: Opportunities for Engineers and Inventors

Legal fights over trademarks have made news for years, and now discussions of patent topics appear more frequently in the mainstream news as well. The number of patent issues that have been addressed by the Supreme Court has also increased dramatically in recent years. Trademarks and patents are forms of intellectual property whose protection was specifically granted by the US Constitution, and which are managed by the United States Patent and Trademark Office (USPTO).

The USPTO has experienced dramatic changes since passage of the America Invents Act (AIA) in 2011. This federal statute included a number of provisions and reforms, many of which have had a direct impact on the high tech world of Silicon Valley. One of the AIA provisions was the establishment of USPTO Satellite Offices, one of which is right here in Silicon Valley.

The speaker in this talk is John Cabeca, Director of the Silicon Valley USPTO Satellite Office. John will discuss a number of topics of importance to engineers, innovators, expert witnesses and other interested parties in our high tech hub as a result of the establishment of the new local office, including (1) how the USPTO will interact with the local high tech community, (2) the greater accessibility of patent examiners, (3) the desire of the USPTO to be educated about important technologies by local innovators, and (4) opportunities for employment at the USPTO itself.

You will be invited to submit questions in advance when you register for this free event. 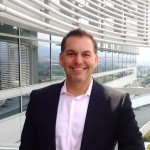 About the speaker, John Cabeca of USPTO

As the Director of the Silicon Valley United States Patent and Trademark Office (USPTO), John Cabeca carries out the strategic direction of the Under Secretary of Commerce for Intellectual Property and Director of the USPTO, and is responsible for establishing and leading the Silicon Valley satellite office. Focusing on the region and actively engaging with the community, Mr. Cabeca ensures the USPTO’s initiatives and programs are tailored to the Silicon Valley’s unique ecosystem of industries and stakeholders.

A 25-year veteran of the U.S. Patent and Trademark Office, Mr. Cabeca most recently served as the Senior Advisor to the Under Secretary of Commerce for Intellectual Property and Director of the USPTO. In this role he oversaw the staff of the Office of the Under Secretary, and worked closely with fellow members of USPTO’s Executive Committee to implement the policies and priorities for the Agency.

DON'T FORGET TO BRING YOUR PHOTO ID TO THE MEETING!  ALSO, IT IS NOT NECESSARY TO PRINT YOUR TICKET. AS LONG AS YOU REGISTER FOR A FREE TICKET, YOU ARE FINE.
UPCOMING CNSV EVENTS
Webinar: Lockheed’s Spy Satellite Programs – Looking From Above the Iron Curtain
more events...