The Saratoga Historical Foundation in cooperation with the IEEE Silicon Valley History Committee organized this event.

A key aspect of this program is the accessibility of the technology discussion, which will be explained at the start with easy-to-understand analogies.  Thus, a broader audience should be able to learn about the origins of the mobile computing revolution.

The story starts at Bell Labs in New Jersey in the 1940s, transitions to the birth of Silicon Valley in 1956, and shows how Sputnik and the creation of the first Silicon Valley start-up led to an amazing series of inventions.

Computer storage consultant Brian Berg will lead this talk, and will interview SanDisk founder Dr. Eli Harari. You will learn about the ubiquitous importance of Moore’s Law in an environment of start-up companies, and about how Dr.Harari’s tenacity and inventions played a decisive role in enabling today’s handheld computing devices to access the world’s data.

A San Jose Mercury News story on this event is here.

About the speaker, Brian Berg of Berg Software Design

Brian is an active IEEE volunteer with the Santa Clara Valley Section (past Chair, Vice Chair and Secretary), IEEE-CNSV (past Chair and current Director), Silicon Valley History Committee (Chair) and the IEEE Milestones program (Region 6 Coordinator for the western US).  He led the effort for approval of the IEEE Milestone in Electrical Engineering and Computing for the Floating Gate EEPROM.  This milestone was dedicated in 2012 at the Computer History Museum in Mountain View, CA. 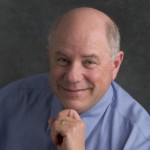 About the speaker, Eli Harari

Dr. Eli Harari invented the industry’s first practical floating gate EEPROM in 1976 while working at Hughes Microelectronics. In 1978 he published research work on the physics of conduction and trapping in highly stressed ultrathin films of SiO2 under Fowler-Nordheim write/erase tunneling that became the foundational physics for today’s NAND Flash. This 1976-78 work was recognized with an IEEE Milestone in Electrical Engineering and Computing for the Floating Gate EEPROM. Eli also worked at Intel, and founded SunDisk (later renamed SanDisk) in 1988, where he served as CEO and Chairman until his retirement in 2010. He invented MLC (Multi-Level Cell) Flash, and co-invented System-Flash.

Eli holds approximately 150 issued patents, and has authored numerous technical publications. He received the 2004 Ernst and Young Entrepreneur of the Year Lifetime Award, the 2006 IEEE Reynold B. Johnson Data Storage Device Technology Award, the 2008 GSA (Global Semiconductor Alliance) Dr. Morris Chang Exemplary Leadership Award, and the 2009 IEEE Robert N. Noyce Medal for Exceptional Contributions to the Microelectronics Industry. He was inducted into the Consumer Electronics Hall of Famein 2011, and is a member of the National Academy of Engineering. He received the National Medal of Technology and Innovationfrom President Obama in 2014 for “invention and commercialization of Flash storage technology to enable ubiquitous data in consumer electronics, mobile computing, and enterprise storage.“