The Time-Slice effect was invented by speaker Tim Macmillan in the 1980s. It was made popular with its use in a series of ads in the 1990s and ultimately the 1999 movie The Matrix, and this effect has become a standard feature of many action movies and TV commercials. With the recent proliferation of higher quality cameras in consumer devices, users are now experimenting with ad-hoc arrays of DSLRs such as GoPros and camera phones.

Tim MacMillan will present the rich history of the design and use of camera arrays in the worlds of photography and cinema effects, starting with the genesis of motion pictures nearly 150 years ago. He will chart the design philosophies that led him to explore the modern technologies enabling this effect, and he will also look at how the new wave of imaging technologies are enabling new and surprising applications. 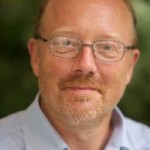 About the speaker, Tim Macmillan

Tim Macmillan is a multi-award winning director, film-maker and photographer. During his time at Bath Academy of Art and at University College London in the UK in the early 1980s (as recorded here), Tim both discovered a method of “freezing time” in a motion-picture tracking shot and also invented the “Time-Slice Camera” to produce this effect. Since then he has refined and developed the Time-Slice® technology, and also established Time-Slice Films Ltd., with a view to establishing the frozen-time effect within the TV and motion-picture industries.

Tim’s history in film and television spans work as inventor, engineer, cameraman, technical special effects director and director in music videos, commercials, short films and feature-film productions. He brought a number of new products to market at Grass Valley Cameras, and currently works at GoPro where he explores novel uses for their tiny, high quality cameras.