Much of Silicon Valley’s strength as an innovation center is due to its warm and welcoming community of engineers. Communal institutions and get-togethers have formed a critical part of both academic and commercial environments. The founding of Apple from the Homebrew Computer Club is one classic example, but less well known is that Pinterest was formed at Hacker Dojo.

This talk will describe the origins and evolution of Super Happy Dev House, its spread across the world (and Mexico in particular), and its evolution into Hacker Dojo. This story includes 2012’s struggles with the City of Mountain View and the institution’s ultimate move to a larger facility, its fundraising efforts, and its ongoing experiments in community management. 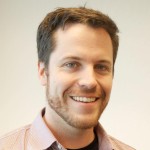 David Weekly is is a hacker who likes people. He is the Founder and CEO of Oha.na, a soon-to-be released service to connect extended families through visual newsletters. David also founded PBwiki (now PBworks), and as its CEO built one of the web’s largest private collaboration platforms that is used by over four million people a month.

David has been programming since he was five, and graduated from Stanford with a degree in Computer Science as a President Scholar. He has worked in such widely varying technology environments as Harvard Physics Labs, MIT Lincoln Labs, Stanford Graphics Labs, atWeb (acquired by Netscape), myplay (acquired by Bertelsmann), Legato (acquired by EMC), and There.com (where he worked with Eric Ries, the inventor of The Lean Startup methodology).

David has served as an advisor to dozens of technology companies, including Plaxo (acquired
by Comcast), Attassa (acquired by YouSendIt), and Like.com (acquired by Google).