Myth is the hidden force behind the success of Silicon Valley. It is why startups often succeed where incumbents fail, and it is the secret to making audacious projects a success. And it turns out that the mother myth behind Silicon Valley is far older than you would ever guess… 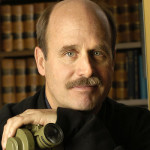 About the speaker, Paul Saffo of Stanford Univ., Singularity Univ.

Paul Saffo is a Silicon Valley-based forecaster with three decades of experience helping corporate and governmental clients understand and respond to the dynamics of large-scale, long-term change. He teaches at Stanford where he is a Consulting Associate Professor in the School of Engineering, and is Chair of Future Studies at Singularity University.

Paul is also a non-resident Senior Fellow at the Atlantic Council, and a Fellow of the Royal Swedish Academy of Engineering Sciences. He holds degrees from Harvard College, Cambridge University and Stanford University.