Discussing the business of smart things with Nanoleaf’s CEO

This year feels like a fraught one for the smart home. On one hand, there’s the promise of the Matter protocol arriving to help solve persistent interoperability challenges. On the other hand, we’re seeing a wave of companies shut their doors as they assess the landscape post-pandemic.

So it seemed like a good time to talk to Gimmy Chu, the CEO of Nanoleaf, a company that makes fancy, connected light panels, about the challenges and opportunities ahead for smart devices. 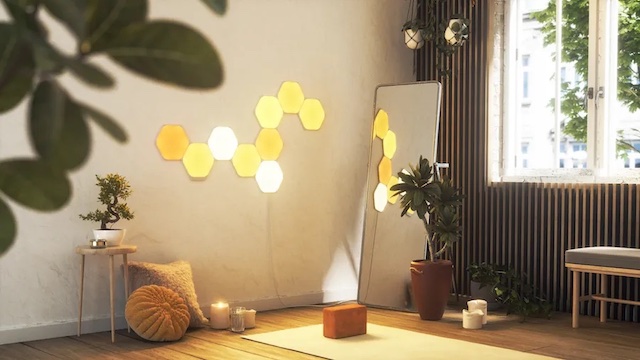 Nanoleaf lights already support some of the basics required by Matter, but until the certification is out, the company is waiting to release some new products. Image courtesy of Nanoleaf.

First up, get ready for commoditization. With the Matter protocol, Chu said we’re going to see cheap Matter-certified products flood the market. These products will have basic functionality as defined by the Matter standard, and will force existing smart home providers to up their game or fight for market share based on cost.

The good news from a consumer standpoint is that the Matter standard does enshrine basic security, so these low-cost devices are less likely to open gaping holes in your home network. Matter also provides for local control of basic devices, which means these products will work even if their parent company goes out of business.

As Chu noted, the smart home has been built on sand for years, always shifting, whereas with Matter the smart home will be built on rock, making these platforms more stable. This is a positive, but he also thinks that for consumers, Matter isn’t the flashy technology it’s being built up to be. “This is the rock and no one cares about the rock,” he said. “They care about what’s built on top of the rock.”

I tend to agree with him. Matter will make it easy to enable various devices to work together without worrying about which ecosystem the device is in. This will be helpful, but no longer as game-changing as it was when the Matter standard was announced. Especially since the bigger names in the smart home are moving from selling individual devices to packaging devices into services, such as security systems or elder-care monitoring products.

This article first published at STACEY ON IOT on May 3, 2022.