How to train an automated vehicle – Axios AV

Training a new driver is straightforward — make them practice until they can master basic skills well enough to pass a driver's license exam. But there are no such tests for automated vehicles, leaving it up to AV developers to decide when their technology is safe enough to deploy.

Why it matters: AVs could reduce the number of traffic deaths and increase mobility for those who can't drive, but only if the public trusts them. With no prescribed validation methods — and regulators largely on the sidelines as the technologies are advancing — it's difficult to know how safe is safe enough. 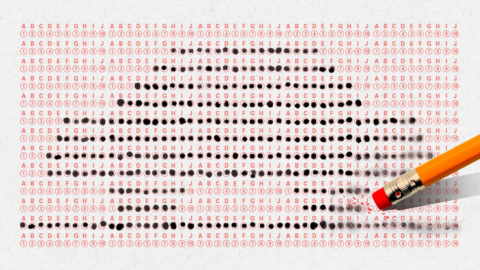 The big picture: "It's kind of the wild, wild west out there," says Consumer Reports' David Friedman, a former acting administrator of the National Highway Traffic Safety Administration.

Most developers use a combination of all three, but their approaches can vary. Some recent examples are...

Tesla is the outlier — its testing process is heavily dependent on cars already on the road, which the company sees as a huge competitive advantage.

Yes, but: It's not clear if the data captured from Tesla's consumer fleet is better at training its AV system than data collected through more deliberative testing processes by other companies.

What's needed: Several experts tell me there should be an independent, third-party assessment of each company's safety claims.

“Self-driving cars are anything but proven. All we're asking is to get us the data to prove these things deliver real safety benefits before we start using people as human guinea pigs.”
— David Friedman

What to watch: A new consortium is working to define safety testing practices to lay the groundwork for formal industry standards. Its first recommendations are expected this summer.


This article first appeared on Axios Autonomous Vehicle May 1, 2019.